Other cultures have this too, of course. Brits are famous for their "stiff upper lip." And Appalachian hillbilly culture, despite its propensity for tall tales, is known for enduring in stony silence. It's a human thing, I guess. Sometimes we talk too much. We gab. We overshare. (TMI). We tell the same old tale over and over and over. At the same time, we hold it all in. We keep things locked in dark places. There are words and stories and memories that will never pass our lips.

At dinner the night before the Griots event, a Jewish-heritage woman joked that her people never had a problem with silence. But what about Holocaust survivors? I asked. Whereupon she told me that yes, when it comes to those who endured the Shoah, her loquacious tribe tends to clam up. We agreed that  silence is a byproduct of trauma. Think of all the war veterans who won't talk about their experiences, she said. I didn't have to think hard. My father was one such person. Although he wasn't in combat, what he experienced was enough to keep him war-averse and uncommunicative about the military part of his time in Vietnam for fifty years. (Though he was always happy to bend your ear about the pretty Saigon girls).

In the year or two before he died, my father hinted that he was finally ready to talk. Once or twice, he made cryptic off-hand remarks like, If there's anything you want to know, now's the time to ask. I didn't have it in me to remind him of the time when, freshly back from a trip to Vietnam, I did ask about his war experience. He tried to tell me, but the words resisted. His face turned white, then red, and his throat choked with tears. He couldn't utter a word. He apologized, embarrassed, and that was that. I felt for him, but was frustrated too. Because his memories were my past, my history, and his inability to share them meant that a part of myself would never be available to me.

By the time my father expressed a willingness to talk, it was too late. We were living in different countries then (he'd retired to Nicaragua), and I was no longer the brave young woman emboldened by the taste of her home country. I never asked again. He never told. And maybe that's the story. When you can't say the words, when you're unable to ask for them—that's a story too.

What does it say?

I'm still figuring that out.

It certainly says something about fear, about terror. It says something about pain. Who doesn't want to keep hurt at bay? In an age where every iota of human experience seems to be shared ad nauseam online, it's good to be aware of how much still remains unsaid. Silence, like absence, conveys its own meaning. When a finished puzzle is missing just one piece, where do your eyes go? Straight to the void. 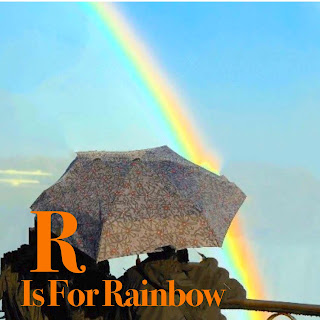